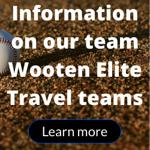 Hit Dawg Academy coaches are here to help you learn, develop, and grow as a player.

A Lake Elmo, Minnesota Native and 2012 graduate of Hill-Murray High School, Sydney was a four-time letter winner, three-time all-conference selection, and a two-time all-state honoree. She was also a finalist for Minnesota's Ms. Softball award as a senior after batting .552 with 10 doubles, five triples, three home runs, and a team-leading 37 runs batted in. Fabian also played prep ice hockey and was four-time letter winner, and one-time all-conference selection for her high school.

Fabian continued her career as an outfielder, playing four years in the Big Ten Conference for the University of Minnesota Golden Gophers. Her team won two Big Ten tournament titles (2014, 2016), and Earned NCAA Division I Regional bids all four years (2013-2016). Fabian was part of the 2014 team that, for the first time in school history, hosted and won an NCAA Division I Regional and advanced to the field of 16 teams for an NCAA Division I Super Regional. During her time, Fabian started in 171 games for the Gophers. Fabian was an Academic All-Big Ten award winner in 2014, 2015, and 2016, as well as a 2016 Big Ten Distinguished Scholar Athlete, and a 2016 National Fastpitch Coaches Association All-America Scholar Athlete award winner.

Fabian coached at BATS Sports Academy in Milwaukee WI from May of 2018- May of 2019. She taught private and group lessons for ages ranging from 8-20 working on both offense and defense.